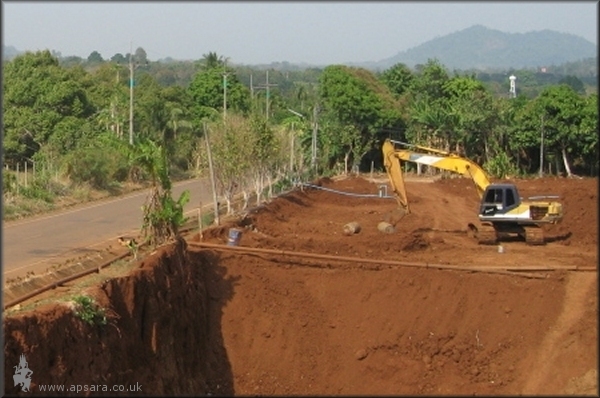 Before: Digging for sapphires right up to the side of the road. 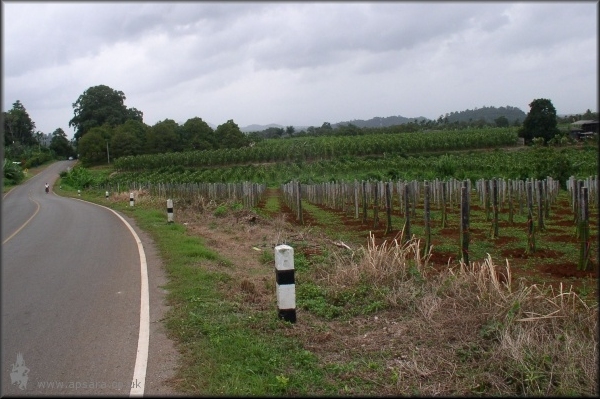 After: The same plot a couple of years later, filled in and used for growing fruit. 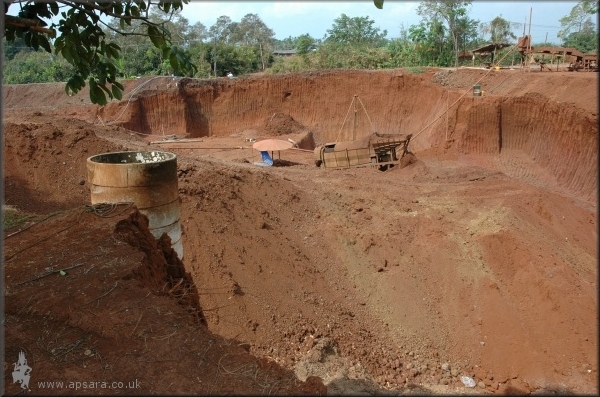 Before: An open cast digging during the dry season. No water, no digging. 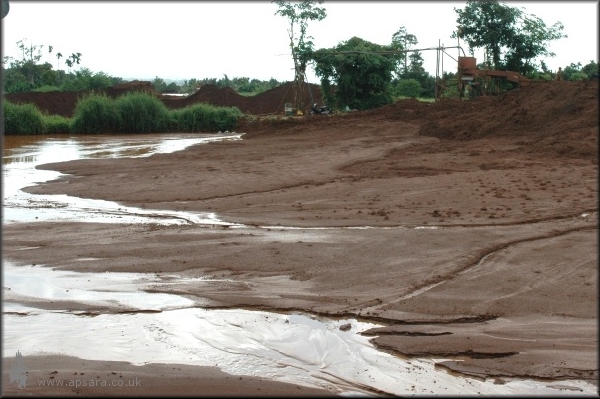 After: Six months later, during the monsoon season, the pit has been filled with soil from a new digging. 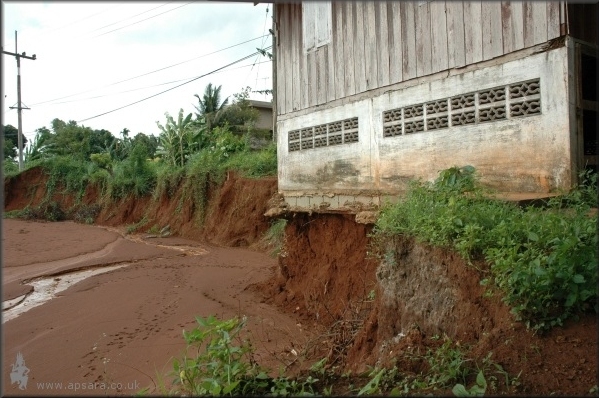 The edge of the filled pit showing how close to the house they came. 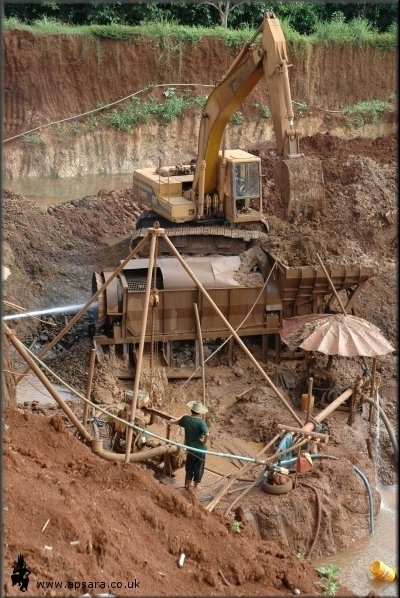 hose. The larger rocks roll out the front of the rotating drum, the smaller

the drum. These are then pumped up to the pulsating jig outside the pit. 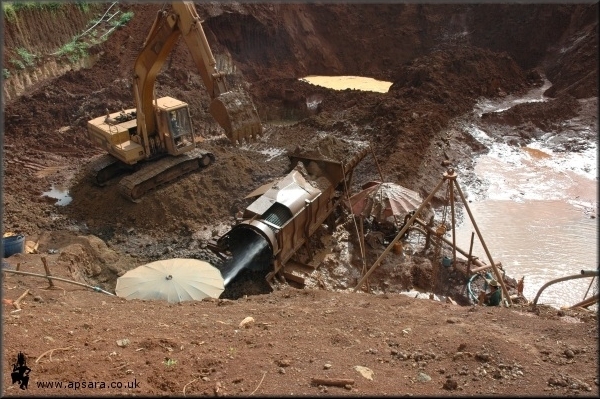 Another view of the open-cast sapphire mine. 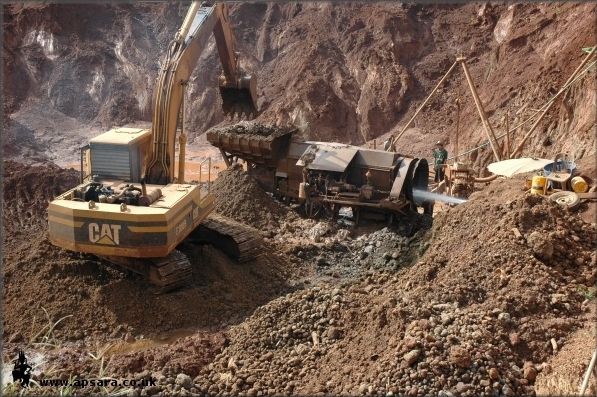 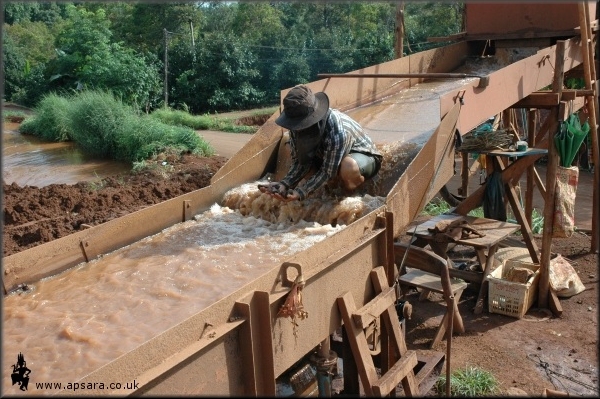 The pulsating jig outside the pit. The soil and smaller pieces of gravel are

pumped up from the pit to the jig. The gem baring gravel collects in the 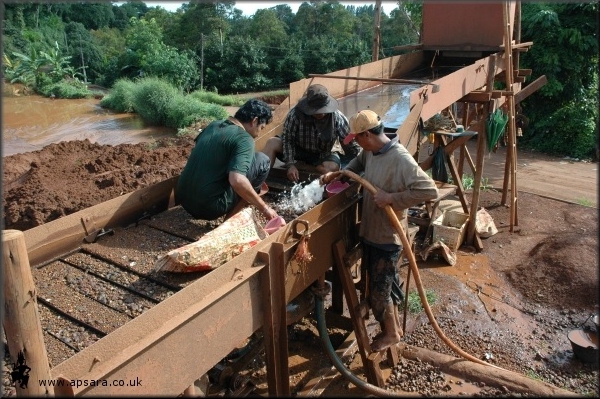 miners climb onto the jig to sort through the gravel. 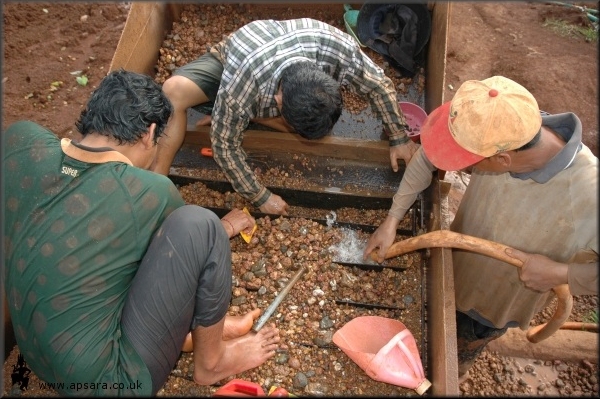 Raking through the gravel and picking out the sapphires by hand. 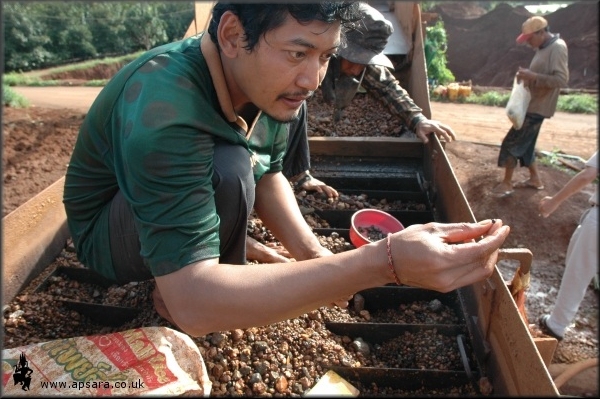 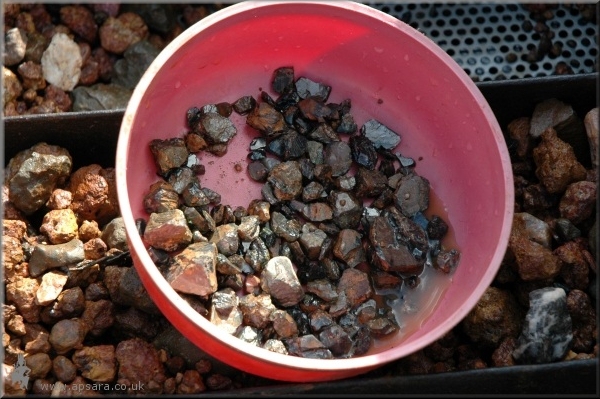 Iron-stained sapphire crystals recovered from the gravel. The sapphires are 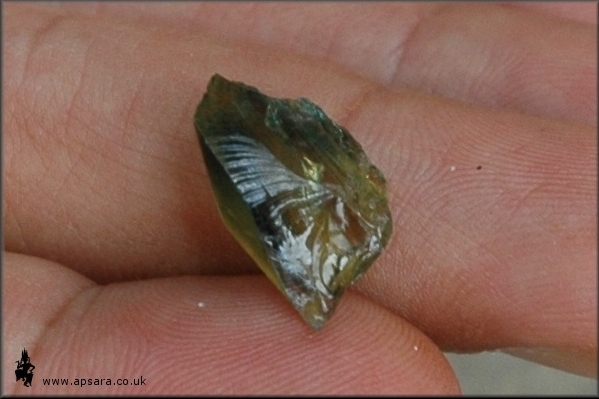 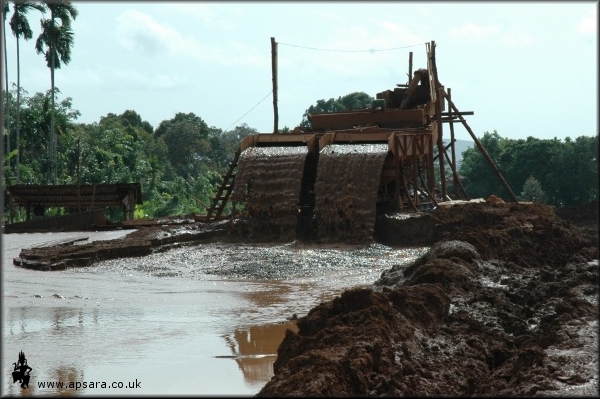 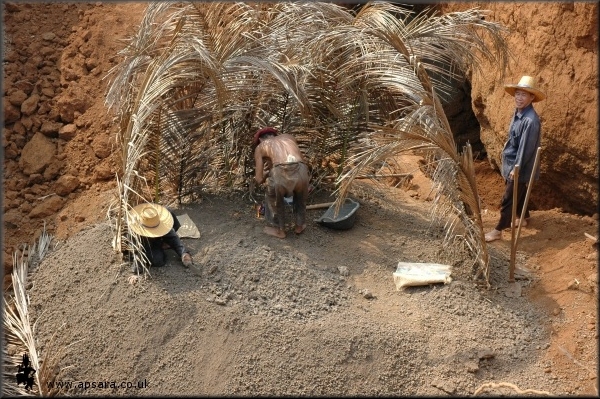 A small pit dug out using a mechanical digger then worked on by hand.

knife and picks out the sapphires. 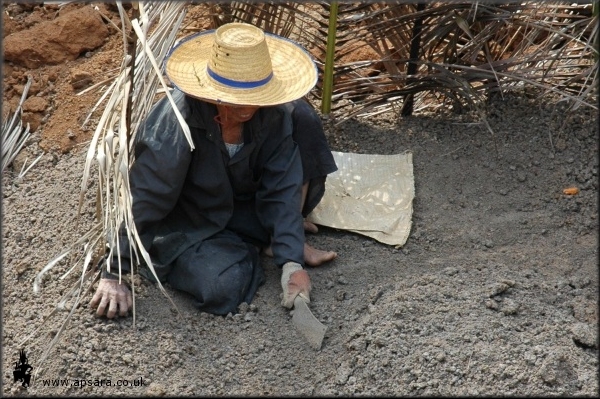 Raking through the soil with a knife. 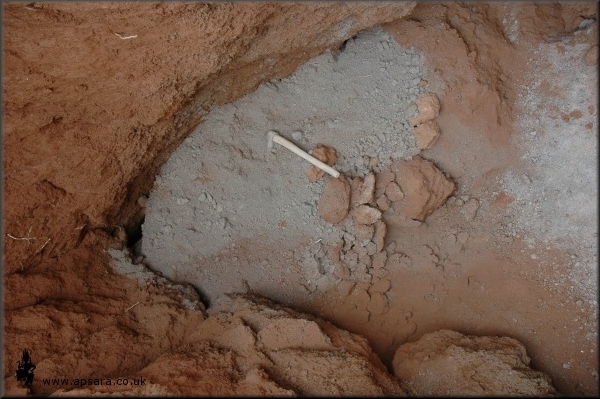 The pockets of gray soil are where the sapphires are found. 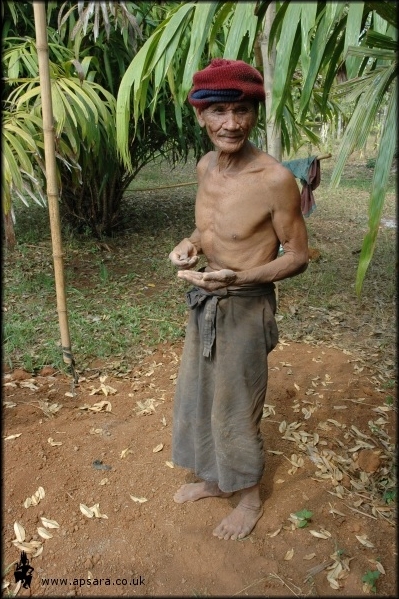 One of the miners showing me the stones they have found. 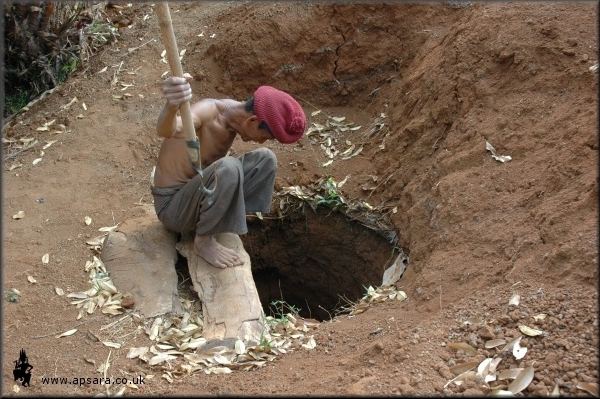 Peering down into a traditional style gem pit. These types of pits have become

a rarity today with the arrival of modern mechanical mining techniques. 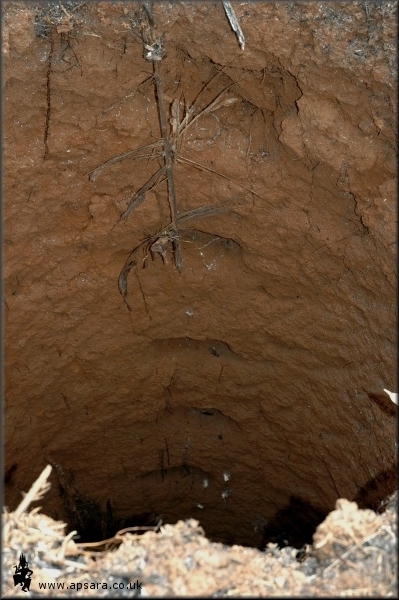 Foot holes are dug into the sides of the pit. The

whole is too small for a ladder to be used. 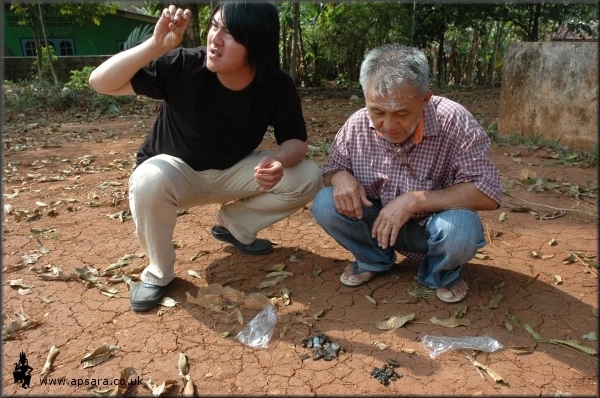 Dealers inspecting a parcel of sapphires. 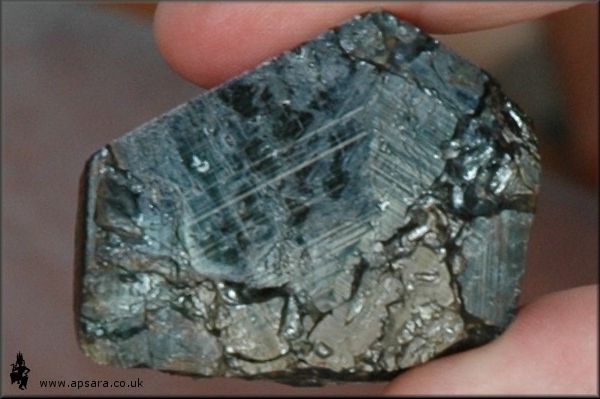 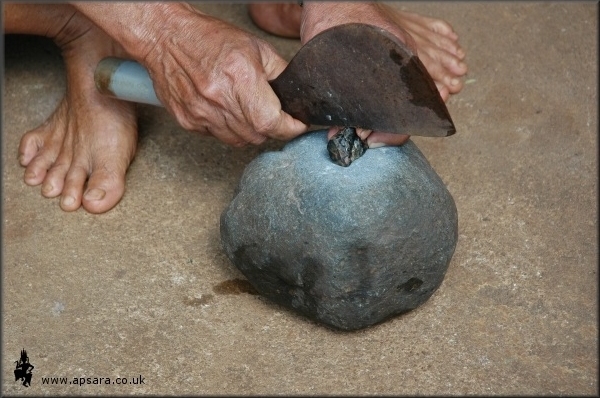 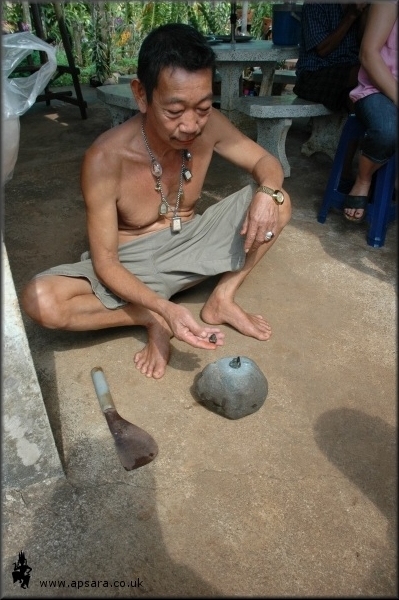 The sapphire crystal after splitting.